All our professionals at Skypark Dental Professionals maintain the highest levels of accreditation and pursue ongoing education to stay abreast of the latest trends in dentistry. 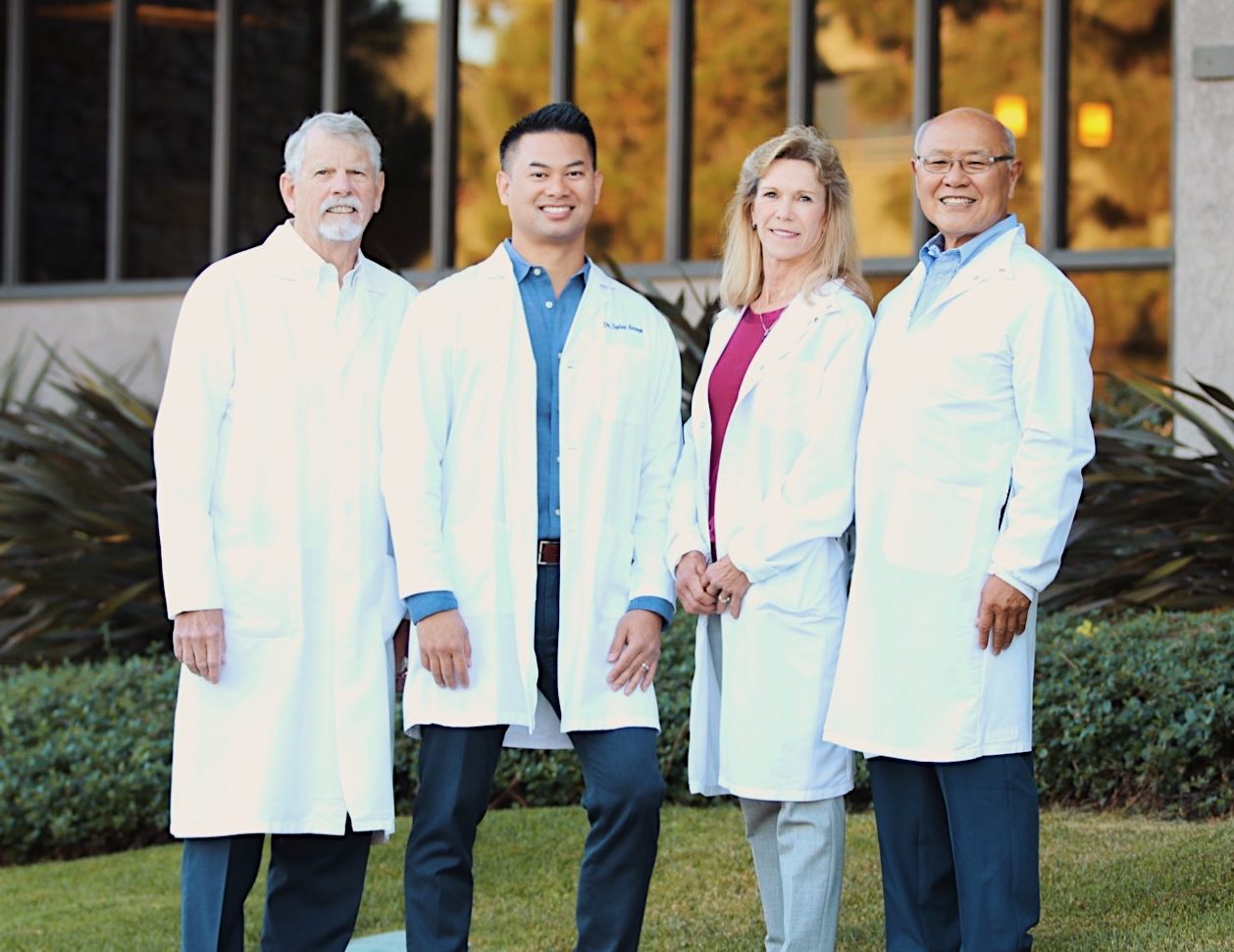 Thank you for taking the time to get to know our team. At Skypark Dental Professionals our relationships with our patients are the most important emphasis of our practice.

Dr. Sydon Arroyo is the managing director of Skypark Dental Professionals as well as a Clinical Lecturer at the UCLA School of Dentistry. He has brought a vision of excellence to this established yet innovative and growing practice. He possesses a remarkable sense of integrity and a strong set of personal values. Dr. Arroyo carries these virtues with him in everything that he pursues. Dr. Arroyo practices all aspects of dentistry with a passion for creating beautiful smiles using comfortable preventive care, conservative smile design with porcelain veneers, clear orthodontics (Invisalign), and dental implants. He is a graduate of the UCLA School of Dentistry where he was awarded honors in prosthodontics and cosmetic dentistry. Dr. Arroyo then completed a post-doctoral residency in advanced restorative and implant dentistry at the University of Florida & Shands Medical Center. He takes pride in staying current with the latest techniques and technologies by attending nearly 100 hours of continuing education every year (four times the required amount). Dr. Arroyo has been awarded the title of Fellow in the Academy of General Dentistry. Dr. Arroyo grew up in Burbank, California but now resides in the South Bay. Outside of the office, he regularly volunteers at the South Bay Children's Health Center and Care Harbor Los Angeles. Dr. Arroyo loves spending time at the beach and is an avid sports fan. He enjoys surfing, snowboarding, and practices Brazilian Jiu Jitsu.

Dr. Charlotte Senseny grew up in Chambersburg, PA, a small town not far from Gettysburg and Harrisburg. The town lies in a narrow valley affording the area with many outdoor activities. The mild weather and four nearly equal seasons provided for rich farmland and many orchards. Charlotte enjoyed biking, swimming, and tennis growing up and participated on the swim and tennis teams in high school. She followed her older brothers into the city and the harsher winters as a student at the University of Pittsburgh. There she majored in Chemistry and graduated summa cum laude and was recognized as a University Scholar. From Pitt, she travelled to a larger city and even more harsh winters to attend Harvard School of Dental Medicine in Boston. There while studying hard, Charlotte met her husband to be, James Callahan and both of them graduated magna cum laude. As encouraged by the dental School, both Jim and Charlotte took the opportunity to pursue a General Practice Residency and they ended up in yet a larger city, Los Angeles. After completing the general practice residency at the West Los Angeles VA Medical Center, Dr. Senseny continued to complete a residency and certificate in Advanced Prosthodontics. After three years of beautiful weather and warm winters, the couple decided to settle in here in the South Bay. Dr. Senseny served as an assistant clinical professor at USC while building her practice. When her daughter, Meagan, arrived on the scene, Dr. Senseny changed her focus to dentist and mother. Over the last thirty years of practice, Dr. Senseny has continued to study and increase the scope of her practice. She has also been active in advancing the profession of dentistry through participating in her local dental society, the Western Los Angeles Dental Society and through a wide breadth of appointments in the California and American Dental Societies. Dr. Senseny can be seen in the balmy CA weather riding her bike to work.

The newest addition to Skypark Dental Professionals is Donald C. Hugh, D.D.S. Born and raised in the Chicago area, Dr. Hugh moved to California in 1965. After completing his undergraduate studies at Cal State Long Beach, he attended Northwestern University Dental School. Graduating in 1972, Dr. Hugh served our country in the US Army Dental Corp until 1974. Returning home to California he met and married his wife Joane in 1978. Dr. Hugh enjoys gardening (come see the fruits of his labor in our office!), archery, skiing, hiking and traveling. The most memorable trip? India. When not practicing dentistry, Dr. Hugh belongs to Toastmasters and has been talking for 30+ years! A recently retired educator from UCLA (20 years in the Advanced General Dentistry Residency Program) and a previous president of the Western Los Angeles Dental Society (2000), we welcome Dr. Hugh with his expertise and vast knowledge.

Dr. Richard Rounsavelle was born and raised in Southern California and belongs to the first graduating class of Palos Verdes High School. He completed his B.S. degree from the University of Southern California and later graduated with honors from the USC School of Dentistry in 1969. In 1976, Dr. Rounsavelle opened his first dental practice in Redondo Beach. In addition to providing dental care, he enjoyed his part time position as an instructor at USC School of Dentistry for over 20 years. Today, he continues to serve patients of the South Bay while staying very involved in organized dentistry.

To enhance our patients’ lives, health, and smiles with integrity and gratitude.

We believe in providing the highest quality dental care with a gentle, compassionate touch, and in placing our patient’s needs above all else.